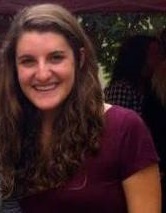 Alexandria Vawter graduated from the University of Alabama in 2014 with B.A.s in Classics and Ancient Mediterranean Language and Culture. Her Senior project focused on the invective use of the term “Epicurean” during the Reformation period, particularly looking at the work of Theodore Beza and Jean de Neufville. While at Alabama her love of ancient languages led her to do research on Syriac saints and on Reformation Latin poetry, both of which sparked her interest in the early years of Christianity. Her research interests primarily lie in modes of communication in the eastern parts of the Roman Empire during the rise of Christianity, including the linguistic and material representations therein.

When she’s not drinking coffee or reading, she loves playing ultimate frisbee. She always wants to be outside, though South Bend winters make it rather difficult, and often considers working on an organic farm – partly due to her affinity for vegetables.