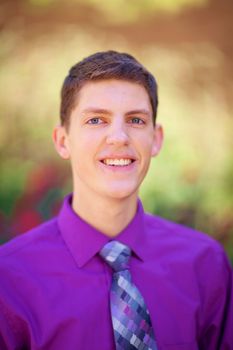 Born and raised in Ontario, Joshua Benjamins earned his B.A. in Latin and History s.c.l. from Hillsdale College in Michigan. A lover of interdisciplinary learning, he enjoys working at the interface between history, theology, and linguistics, but his primary passion is for classical languages. Joshua’s research interests lie mainly in Christian historiography of the late antique period—particularly the relationship between classical and Christian conceptions of time and history—and in ancient philosophies of language. His senior Honors thesis focused on the theolinguistics of Augustine of Hippo. Joshua also maintains an avid interest in sixteenth- and seventeenth-century intellectual history and particularly the reception of patristic theology in the Reformation and in late Protestant orthodoxy. He currently serves as co-translator of the works of the Italian theologian Peter Martyr Vermigli.

When not buried in a Greek or Latin tome or honing his German and French skills, Joshua likes to read, travel, solve Sudoku puzzles, and play volleyball.

Joshua has been accepted into a Ph.D. program at UC Berkeley.