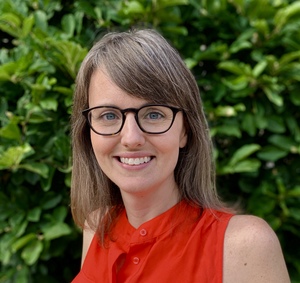 Hannah VanSyckel received her bachelor’s degree in Classics with a Latin language concentration from the University of South Carolina Honors College. Her senior thesis was a study in Comparative Literature that examined the Twilight book series as a modern Gothic romance and its contemporary feminist implications. She taught K-4th grade in the Classical model of education before completing an M.Phil. in Comparative Philology from the University of Oxford, where she focused on the diachronic development of the Italic and Germanic language families. Her thesis analyzed the translational variation of the Greek middle voice into Gothic in the Gospel of Mark. After tutoring and teaching Latin in an independent school for three years, Hannah returned to graduate school and is a second-year student in the Early Christian Studies program here at Notre Dame. She has worked as a teaching assistant, a Latin instructor, and a research assistant for Professor Brian Krostenko. When not studying, Hannah enjoys training her two puppies and watching largely inaccurate historical films.