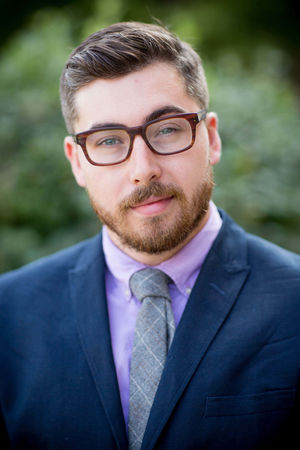 Ryan was raised in the Pacific Northwest where he received his BA in Ancient History from Western Washington University. He came to Notre Dame with the intention to focus on Roman Historiography, however exposure to Greek and Latin Epic Poetry has complicated his interests. His time at Notre Dame has afforded opportunities to take his studies in directions he had never expected, such as attending an archaeological field school in Romania over summer 2017.
Quintilian says, "For history has a certain affinity to poetry and may be regarded as a kind of prose poem, while it is written for the purpose of narrative, not of proof. . .but to record events for the benefit of posterity and to win glory for its author." With this idea in mind, Ryan is focused on the ways historical writing was influenced by epic during the Empire, specifically the influence of Lucan's poetry on the style and themes in the Annals of Tacitus. In the future he hopes to pursue PhD studies and to investigate further the development of citizenship in the ancient world, the political and legal systems employed by the Romans, their legacies on later legal systems, and a deeper understanding of Roman Historiography.
Outside of his studies, Ryan enjoys creative writing, playing music, hiking, camping, table top gaming, and always a hot coffee or cold IPA from his misty homeland.