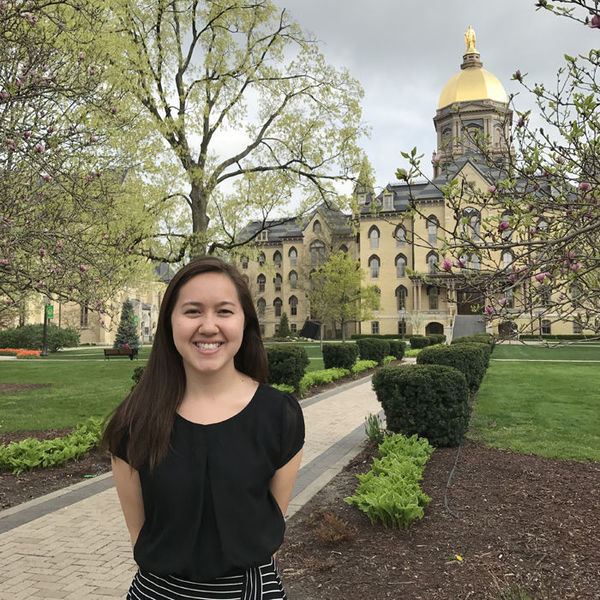 "I decided to add a major in Greek and Roman Civilization when I took a Greek and Roman mythology course during freshman year. I love the classes that Notre Dame offers, from Ancient Comedy to Archaeology of the Roman Empire, because I am exposed to a variety of literary and archaeological sources from the past and I have the opportunity to learn from professors who are passionate about their studies.

The ability of the Greeks and Romans to innovate and create these advanced societies is so captivating, and their ancient world has influenced our own modern practices in ways that are impossible to overlook. They also designed buildings with such detail and immense meaning, and Romans built monumental aqueducts, operating at the highest efficiency. I hope to never stop learning about these civilizations, because they inspire me to combine this efficiency with artistic beauty in our urban designs today."

Anna, Class of 2018, is majoring in Science-Business and Greek and Roman Civilization, with a minor in Sustainability.