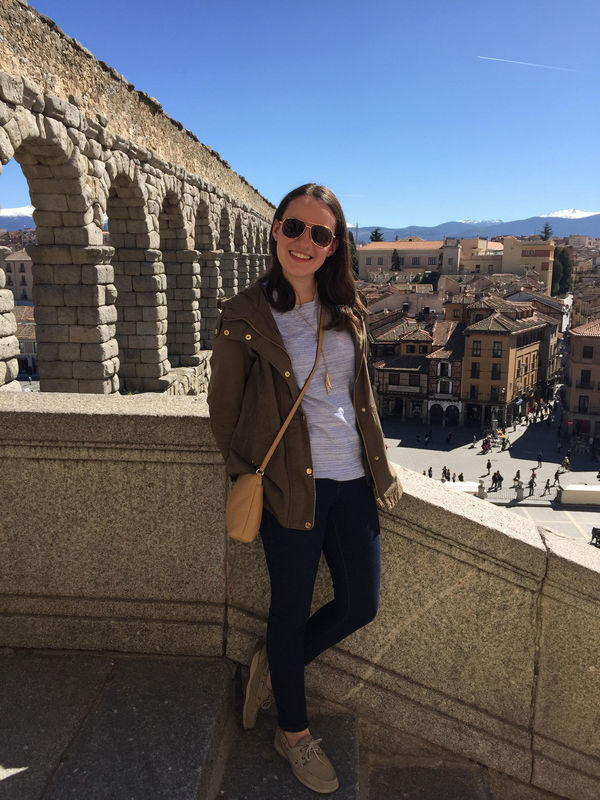 "I was once told that the fact that I am a Classics major could be a 'fun fact,' even when no one else’s majors were their 'fun fact.' I think that this explains why I chose Classics. Classics is more than just a major that prepares you for one job and is more than just studying one subject field; it’s fun and it’s unique. With Classics, you are able to read about and see how the ancient people of Greece and Rome encountered every subject. We learn about Cicero’s thoughts on rhetoric, the basics of Roman voting, the intricacies of Greek religious festivals and sanctuaries, and even ancient scientific methods and health. Most of all, Classics allows you dive deep into a thorough understanding of people who lived over two thousand years ago. Figures such as Augustus and Pericles are just that, figures, until you start reading inscriptions like the Res Augustae and or historical accounts like that of Thucydides. These figures then come alive and we can see how they functioned within their own society. With Classics, you learn about who the best of the best really were and about every part of the society in which they lived."

Caitlin Riley is a sophomore majoring in Classics and History. She is very interested in Roman Britain and the history of the early-middle Roman Empire.