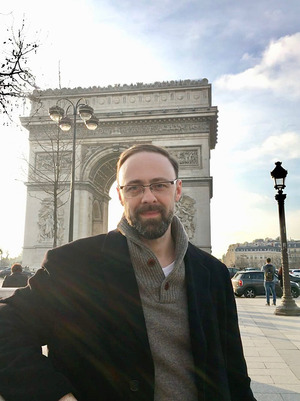 Frequently Teaches: The History of Ancient Greece; The Age of Alexander; Greek Literature in the Roman and Judaeo Christian Worlds

Prof. Baron’s interests include Greek and Roman historiography, the history of the Greeks in the Hellenistic and Roman periods, and Greek epigraphy. His current large-scale project is a monograph on Greek Historians  under the Roman Empire (30 BCE–340 CE). He is General Editor of The Herodotus Encyclopedia, to be published by Wiley (3 volumes in print and online) in 2020. Several articles on Herodotus-related subjects are in the works. His first book, Timaeus of Tauromenium and Hellenistic Historiography, was published by Cambridge University Press in 2013. Most recently, his co-edited volume (with Josiah Osgood), Cassius Dio and the Late Roman Republic, has appeared with Brill.

“The Road Not Taken: Diodoros’ Reasons for Including the Speech of Theodoros.” In L.I. Hau, A. Meeus & B. Sheridan (eds.), Diodoros of Sicily: Historiographical Theory and Practice in the “Bibliotheke”, 491–504. Studia Hellenistica 58. Peeters, 2018.

“The Historian’s Craft: Narrative Strategies and Historical Method in Polybius and Livy.” In N. Miltsios and M. Tamiolaki (eds.), Polybius and His Legacy, 203–21. Trends in Classics Supplementary Volumes 60. De Gruyter, 2018.