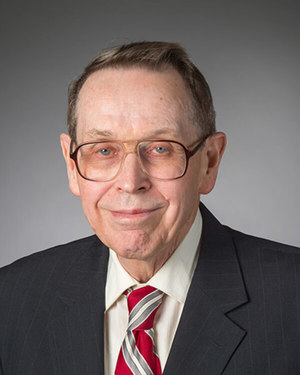 Meier's scholarly interests are in the area of New Testament, specifically the historical Jesus and the Gospel of Matthew, as well as Palestinian Judaism in the first century A.D. and the relation of the Coptic Gospel of Thomas to the Synoptic Gospels. Having published the first four volumes of his series A Marginal Jew in 1991, 1994, 2001, and 2009, the fifth volume in the series, Probing the Authenticity of the Parables, was published in January, 2016, by Yale University Press. All the volumes of A Marginal Jew have been translated into French, Italian, Spanish, and Portuguese. Meier has also written six other books as well as over seventy articles for peer-reviewed or solicited journals or books.

At various times he has been the editor or associate editor of The Catholic Biblical Quarterly, New Testament Studies, and Dead Sea Discoveries. He is a member of the international advisory committee of the Cardinal Suenens Program in Theology and Church Life. From 1983 to 2002, he was a member of the international dialogue between the Disciples of Christ and the Roman Catholic Church. In May of 1999, he delivered one of the major invited lectures at the 75th anniversary of the Biblical Institute in Rome. In June-July of 2005, he delivered four lectures at the meeting of Australian-New Zealand Theological Society at Perth, Australia. On Nov. 22, 2009, he took part in and addressed an international panel of scholars discussing various aspects of vol. 4 of A Marginal Jew during the annual meeting of the Society of Biblical Literature. On March 16, 2011, he delivered the annual Reading of the Sacred Texts lecture at the Graduate Theological Union in Berkeley, CA. On Oct. 25, 2013, he delivered one of the major lectures at the Vatican-sponsored conference, "The Gospels:  History and Christology," held at the Pontifical Lateran University in Rome, in honor of Pope Emeritus Benedict XVI.