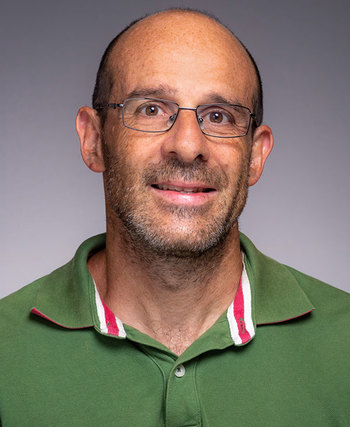 Their proposal — largely written by Luca Grillo, chair and associate professor in Notre Dame’s Department of Classics — was published this year in the journal Gastroenterology.

Why, you might ask, do we need a scientifically accurate term based in Latin for the study of poop? The answer is quite simple — because so many scientific words are based in Latin and there hasn’t been one for the experimental study of excrement, even though the scientific study of human waste is now at the forefront of biomedical research.

Our stools can tell us a lot about what’s going on inside our gastrointestinal systems because in excrement we find a diverse sampling of the bacteria populating our guts. And all of these microbes – scientifically referred to as the microbiota – can be quite important to human health.

For instance, when our bacterial composition is out of balance, the results can range from the mildly unpleasant to the wildly serious. There’s strong evidence that gut bacteria play important roles in weight gain, eating disorders, cancers, gut diseases, and even autism. Studying these bacteria has become extremely important. Yet, when discussing this work in scientific papers, researchers have not been as accurate in their terminology as scientists are known to be.

“For all its cheerful associations with joy, we had to resist the temptation to use ‘in Laetamine’ as our term of choice, because it seems to have been more related to farm animal dung.”

When Aadra Bhatt, assistant professor of medicine at UNC-Chapel Hill, realized the need for a proper term, she set out to find one. But as can happen while digging into Latin, the pursuit of a proper name for the experimental study of poop became soiled with impurities.

Bhatt enlisted Grillo to help investigate the Latin roots of the word “manure.”

Turns out, those pesky Romans had no less than four Latin terms for it — laetamen, merda, stercus, and fimus. Grillo traced laetamen to the Latin root laetus, which means “fertile, rich, happy.”

“For all its cheerful associations with joy,” Grillo said, “we had to resist the temptation to use ‘in Laetamine’ as our term of choice, because it seems to have been more related to farm animal dung.”

Merda also didn’t smell right. It’s remained unchanged in Romance languages as a reference to poop — merde in French, mierda in Spanish, and merda in Italian — possibly derived from a root word smerd/smord, from which came the Old English derivatives “stinkan” and the current English words of “stink” and “stench.”

With two terms down the drain, Grillo researched stercus and fimus. Both are older than laetamen and were never used to refer to stench. He found that the word stercus was used broadly in ancient times, including as a term of abuse. It also seems to share the root word from which “scatology” originated. And scatology refers to “obscene literature.”

Originally, Romans used the term fimus less than stercus, and fimus seemed to refer strictly to the use of manure in agriculture. But the key Roman writers Virgil, Livy, and Tacitus used fimus and never stercus.

“Fimus, then, with its technical accuracy and literary ring made us opt for ‘in fimo’ as our scientific term of choice for the experimental examination of excrement,” Bhatt said.

Sticks in the mud of modernity might ask, “why not just use ‘fecal’ or ‘in feco?’”

Because both are wrong, Grillo said.

“Faex never meant ‘excrement’ in Latin,” he said, “and its derivative, ‘feces,’ did not enter English usage until the 17th century, when it first referred to the dregs at the bottom of a wine cask or other storage vessels.”

And so, Bhatt and colleagues — including UNC co-author Matthew Redinbo — have been using “fimus” and “in fimo” at international academic conferences to rave reviews. They are quite aware of the whimsical nature of this work. Therefore, just as some scientists have fun with their naming of model organisms, such as “Dumpy” for a mutant model of the classic worm C. elegans, Bhatt and colleagues have devised a playful term for the active enzymes they extract from their in fimo samples: poopernatant.

This article originally appeared at news.unchealthcare.org. Republished and edited with permission from UNC Health Care and the UNC School of Medicine.