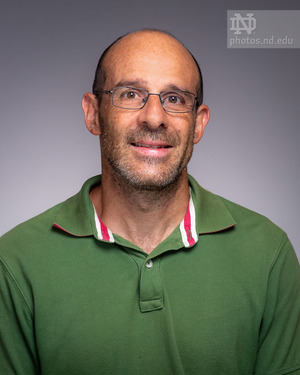 Luca Grillo’s main area of interest is Latin prose, with a focus on the historiography and rhetoric of the Roman Republic. His first book (Cambridge University Press, 2012, paperback 2015) is a literary analysis of Caesar’s Civil War, applying narratological, intertextual and rhetorical approaches to the re-evaluation of Caesar as litterator; his second book is a historical, rhetorical and legal commentary on Cicero’s speech De Provinciis Consularibus, and he co-edited the Cambridge Companion to the Writings of Julius Caesar (with Christopher Krebs from Stanford University); he is currently working on a monograph on irony in Latin literature. He has given papers and published articles and contributions on various topics, especially Caesar, Cicero and Virgil.

Luca was Assistant Professor of Classics at Amherst College (2008-13) and Assistant and then Associate Professor of Classics and William R. Kenan, Jr. Scholar at the University of North Carolina at Chapel Hill (2013-18). He has taught Latin and Greek at different levels and courses in ancient civilization, like The Romans, History of Rome, The Age of Augustus and Ancient and Modern Rhetoric.

He received his PhD in Classics from Princeton University in 2008, his MA in Classical and Near Eastern Studies from the University of Minnesota in 2003, and his B.A. in Literature and Philosophy from the Universita’ Cattolica in Milan in 1995. As a graduate student, he won a one-year Schwartz fellowship at the American Numismatic Society in NY, a summer stipend at the Kommission für alte Geschichte und Epigraphik in Munich, and a graduate teaching award from Princeton University.