For Science and Business Students

“Latin and Greek were used for a long time as the language of scientists, and many of the words and ideas in medicine are in these two languages. The simple capacity to dissect a word and divine its meaning is a blessing when you have over a hundred new words thrown at you each day in medical school." -Eric Ehrensing M.D. class of ‘90

It’s valuable for students in science or business to complete a Classics major or supplementary major. 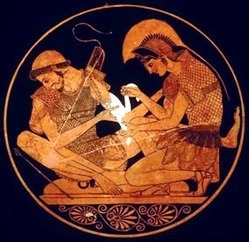